I've generally built libraries wrong by placing all binaries in the root and it's worked ok for now so why change it. I might also add that these libraries have been for internal use so no real reason for not doing this I guess.

So although as mentioned I generally just put all the binaries in the root of the package, for Full Framework this worked 100% but for .net core apps I received a message saying that the library referenced was added as a 4.6.2 reference because it was not able to determine the correct framework version. Now although the code in the libs worked this made me feel bad inside

. Before I show how this get's fixed let's take a look at what an example of the nuspec would have looked like 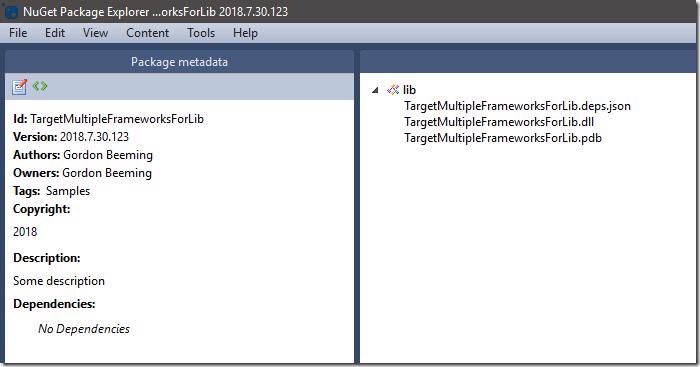 With this the warning goes away

Now you get no more warnings or strange behavior like saying my .net core class library needed to be added as a 4.6.2 reference. This leads to another problem which is that we have issues using this lib targeting other frameworks like aspnet core 2.0 for example so how do we solve this?

When saved unlike most other parameters that don't affect VS anymore you will be asked to reload the solution, just click Reload All 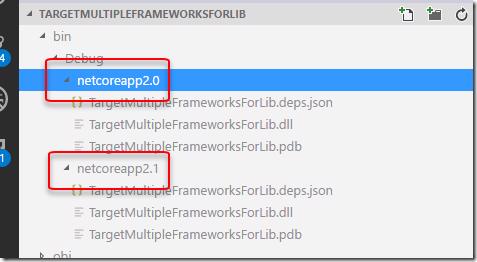 When packed you get the same warning(less) output and the nuget package now contains a binary specific to aspnet core 2.0 and 2.1. 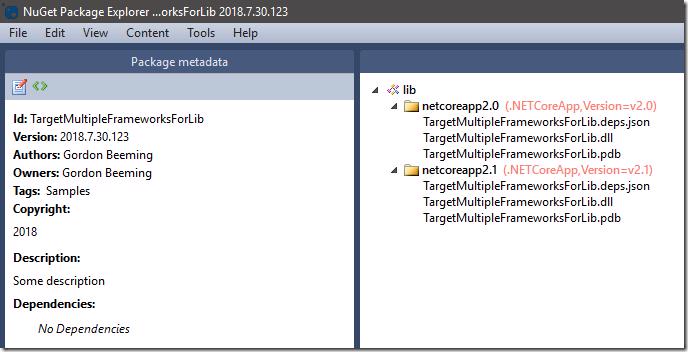 This can obvious be whatever you want to target, in my example I just happen to be targeting aspnet core. If you get some strange compile warnings/errors just delete the bin and obj folders and this will allow for a nice clean local build.

Removing the bin and obj and then running a resore (for the next error, below

) folder fixes the above

Should be all set now.

. Basically the things is actually thing and that is parameters. In the above example you can see I have hard coded a bunch of values that you could want to dynamically drop in during your CI process. For example when you are compiling your binaries you won't generally want to pull from the Debug folder, what if you are building and packaging both Debug and Release (or more) configurations? This is what the above could typically look like and how you would pack it in an automated build

and the cmd for this would additionally use the -Properties arg

and when you open the nupkg file you'd notice that the version number we used in this cmd had the version .456 at the end.

Adding Traceability to your nupkg with VSTS

I love VSTS and TFS because there is so much traceability that's baked in. I use versioning tasks to stamp build information into my binaries and thought why not do the same with packages. For this I have a Task Group which I use to do my nuget pack and it looks like below 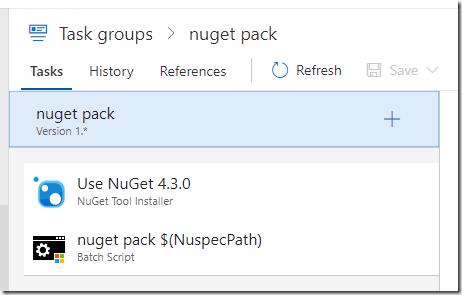 So I just make sure the version of NuGet I am currently using is installed, I then run pack with the command like the previous section but I put the below in the Arguments field

I've split the lines for ease of reading in the post but you should. There is a couple parameters in here that I have generally either as variables or set by other parts the build process but these are them if you replicating this

If you want to grab the task group for this you can save the below json to disk and import it to VSTS.

The nupkg that is generated looks like below when opened 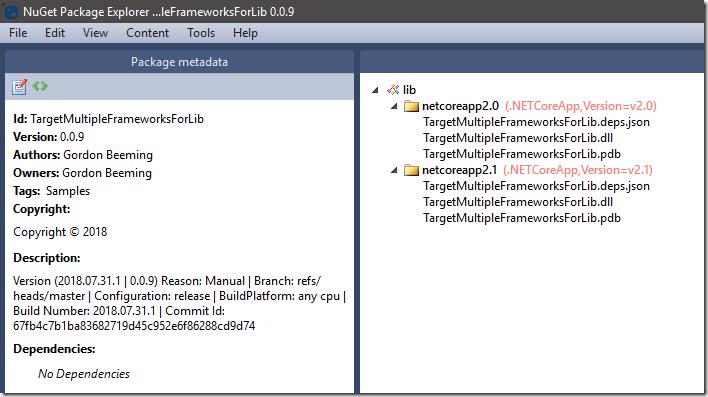 You can see the description on the left has all the info detailed how this package was made and from where. As mentioned a little while earlier I build up some parameters during build so for example NuGetVersion reads and is adjusted from a file on disk generally but you could just pass in the build number if you wanted to. Lastly if you using yaml in VSTS you can use the snippet below (with some fixing) to add the 2 steps if the above isn't working out for some reason

Well with a little bit of squirreling at the end we managed to build a library that targets multiple frameworks. The code although not impressive is hosted on VSTS using the public projects feature.

There is still a world of hurt that I know is coming like when dependencies don't match between frameworks and I look forward to solving (mad Google skills) those problems and posting my findings under the tags NuGet or nuspec.